This article is a response to Professor John Kersey’s observations on the effect of Universities and modernist academics on Western art music.  Link here:  http://www.futuresymphony.org/music-and-culture/

Kersey’s text provides several missing pieces to a jigsaw puzzle. The puzzle concerns an explanation as to why the composer George Lloyd (1913 – 1998) remains excluded from the mainstream of serious orchestral and classical music performances and BBC broadcasts in the UK despite significant and unmistakeable critical, popular and commercial success.  It might be argued that there are countless composers in this position, but I believe that Lloyd’s is a special case, if only because I have detailed knowledge of the history of his exclusion.

George Lloyd made over 20 high quality recordings of his own work, issued on the Albany label, and his music has appeared on over 30 recordings made by other record labels, including the finest and best: Decca, Argo, EMI/HMV, Sony Classical, Lyrita, Doyen, and many more specialist Brass Band labels. Lloyd’s music has been played by every one of the finest orchestras in Britain, and some of the finest in the world. (Very few 20th Century British composers had music played by the Chicago Symphony Orchestra for example.)  Lloyd was awarded countless Rosettes, ‘Best CD’ awards, Editor’s Choice, superlative reviews, front cover photographs and features in classical music magazines all over the world, and has sold over 100,000 CDs.

So why does his name and his music remain unknown to most music lovers, and remain largely un-broadcast by the BBC?

I begin by acknowledging that my answer depends upon two assumptions:

I say this because any new music, even in conservative or traditional form, needs to be ‘played in’ to the public consciousness in order to achieve its full effect, and ultimately its popularity. ‘Playing in’ can only be achieved by repeated concerts and broadcasts, and to some extent by inclusion on an educational syllabus. (Most people tend to like what they know and to know what they like.)  This ‘playing in’ is currently controlled by a tight circle of vested interest in the Universities, the BBC, and the music publishers.

I was George Lloyd’s recording producer, record label, distributor, publisher and publicist for the period 1988 to 1998. During that time his music had an extraordinarily favourable response from the public whenever it was given a concert performance, (‘monster raving loony ecstasy’ as The Times described it.) It also attracted very positive reviews from the majority of specialist classical music magazines, particularly in the USA, and had exceptionally good record sales. (George’s royalty income was sufficient to make him a full voting member of the PRS, and he financed each recording from the profits of the previous one.)

In spite of these clear indications of popularity and engagement with critics and audience, I regularly encountered explicit hostility and constant disparagement from certain sections of the music industry, particularly academia, which led me to look more closely at how that industry worked and what was going on.  I concluded that this hostility was in part ideological, as Prof. Kersey suggests in his article, but it was also characterised by some clear educational and commercial considerations.

Kersey’s exposition of the ideological basis is convincing, although I would give some weight to Scruton’s suggestion that it was necessary for the intellectual and cultural elite to endorse an unpopular and inaccessible form in order to counteract the ‘democratisation’ of high art.  Kersey’s suggestion that ‘(Adorno) saw the duty of art to be “corrosively unacceptable” to the sensibilities of the middle class, and therefore to be a succession of shocking, difficult and obscure events” touches on this, but Scruton goes further, to suggest that if anyone and everyone could enjoy high art music, through broadcasts and recordings, then it would no longer be the preserve of an elite, and the elite would have no reason to exist and so would perish.  Before the advent of broadcasts and recordings, only concert goers could enjoy ‘high art’ music, but when that music became available to anyone who could afford a radio or a gramophone, it was necessary to convince the arts administrators and state sponsors that if music was popular, it could not at the same time be high art. (In other words, if too many people like it, it can’t be any good, because ‘high art’ by definition is the preserve of an elite.) Modernist (and later post-modernist) aesthetic was essentially a defensive posture of the cultural elite.

The educational aspect is clear enough in Kersey’s article: Adorno’s “scientifically planned re-education” was put into effect by academic music departments, supported by the Arts Council.  The higher the status of an academic institution, the more likely it would be to attract the highest calibre students, and the more likely it was that those students would go on to take up key positions in the BBC, and with the major music publishers, and of course in the very academies from which they graduated. It did not take long for the prevailing modernist orthodoxy to take a hold in those three institutions, since graduates who had been educated in this way would naturally prefer the forms, (and the composers) endorsed by their professors (and examiners) as progressive and desirable. As these graduates moved up the hierarchy, ‘those who doubted the left-wing consensus were afraid to speak out for fear of losing their livelihoods’’. By this simple mechanism, the ‘radical’ soon became the orthodox.

The commercial aspect was implied in Kersey’s text, but not made explicit.  The ‘gang of three’ (comprising University music departments, the BBC and the publishers,) were, and remain, entirely mutually self-sufficient, supported as they are by state funds, and the heavy capital necessary to control the market created by BBC monopoly. The broadcasters would only broadcast what was sanctioned by the academics, the publishers would only publish what was broadcast, (for obvious commercial reasons, – who would want to invest in publishing a work that is never recorded, never broadcast and never performed?) and the academics set the agenda and controlled any disagreement. (‘Once you can control disagreement, there’s not much else that isn’t within your power.’) The position (and salary) of every BBC functionary, radio & TV producer, publisher’s reader, lecturer and professor depended upon maintaining the ‘progressive’ consensus, simply because their mortgages depended on their job, and advancement required compliance.

The commercial aspect was so significant because the sum of money was, and remains, very large indeed, but it was a finite sum.  The BBC licence fee and the available hours of broadcast, (which together determine the size of the pot to be divided among ‘approved’ composers) are not limitless, and neither are the publishers’ catalogues and budgets. George Lloyd published his own works, and if the cabal allowed an independent to get a hearing they would be allowing him to take the bread out of their mouths, and they would also risk the listening public taking the view that the Emperor was in fact unclothed.

The lion’s share of broadcast royalties, (which were once very generous, although now rather less since the explicit ‘PRS classical subsidy’ was removed) is shared by the publishers, not by the composers. The creation of an approved stable of ‘celebrity’ assisted the marketing, and the celebrity culture also channelled the broadcast royalties through a few individuals who were locked in the stable, and who had publishing contracts which allowed most of that broadcast income to go to the publishers.  Independents were excluded simply because they were independent, regardless of their ability, merit, or popularity, because the pie was already nicely divided up, thank you.

So, George Lloyd’s independent popularity and success counted against him with the gatekeepers for commercial reasons as well as ideological ones – every penny he earned from a broadcast or a performance was a penny less for those who held the citadel.  That was why he made very sure that he owned 100% of the copyright in his work, in his recordings, and in the print, so his very modest popular success was not siphoned off.   Without that 100% ownership, he could not possibly have made 24 CDs, paid for by sales, not by subsidies.

Two further points remain: George’s music was exceptionally popular with Brass Bands.  They loved him, and he loved them.  He was commissioned to write four test pieces for the Brass Band championships, pieces which are still played regularly all over the world, – and he was often an official judge at the pinnacle of brass band playing, the Open Contest and the National Championships at the Royal Albert Hall and other major venues.  It is ironic that his music was embraced with genuine love and affection by the beating heart of working class culture, a fact which should have endeared him to the left-wing ideologues of whom Kersey speaks, but once again, the goal-posts were moved – (‘if it is popular, it can’t be any good’) and Lloyd’s success with Brass bands counted against him.  (The Brass Band world was generally untainted by seeking the endorsements of high academia, and Brass Bands still prioritise good music.)

Despite all this, it would not be wholly correct to use George’s case as a stick with which to beat the BBC, unless the point is made that it was just one department of the BBC which took this hostile attitude. George had great support from the BBC Regions, in particular BBC West (Bristol) and BBC North (Manchester), without whom his revival could not have taken place.  It was in London (where the big money decisions were made) that the gatekeepers kept him out, to the extent that a very senior (Regional) BBC Executive asserted, (writing on BBC letterhead, but discreetly in his own hand, not typed, but referring explicitly to BBC London music department) ‘There is a solid wall of prejudice there, which daunts even me.”    George acknowledged publicly and freely that the BBC later made up for their previous neglect, but he did not point the finger at London because his informant was still living, and George still had some hope that the ‘gang of three’ might relent before he himself died.   No such luck.  As he wrote on the score of his first piano concerto, Scapegoat, written for and played by John Ogdon ‘Have you no mercy for those you would destroy?

To summarise, the “scientifically planned re-education” described by Kersey could only take place with state subsidy, and with the compliance of the three principal players, all of whom needed academically approved and contracted composers, who could be lionised as celebrities. They also needed marketing budgets which often exceeded the combined cost of the royalty to the composer and the production costs of concerts and recordings, but which guaranteed airtime and steady flow of PRS income.  The subversion of Western art music may have been a Marxist enterprise at the start, but it later became a model of vested interest monopoly. 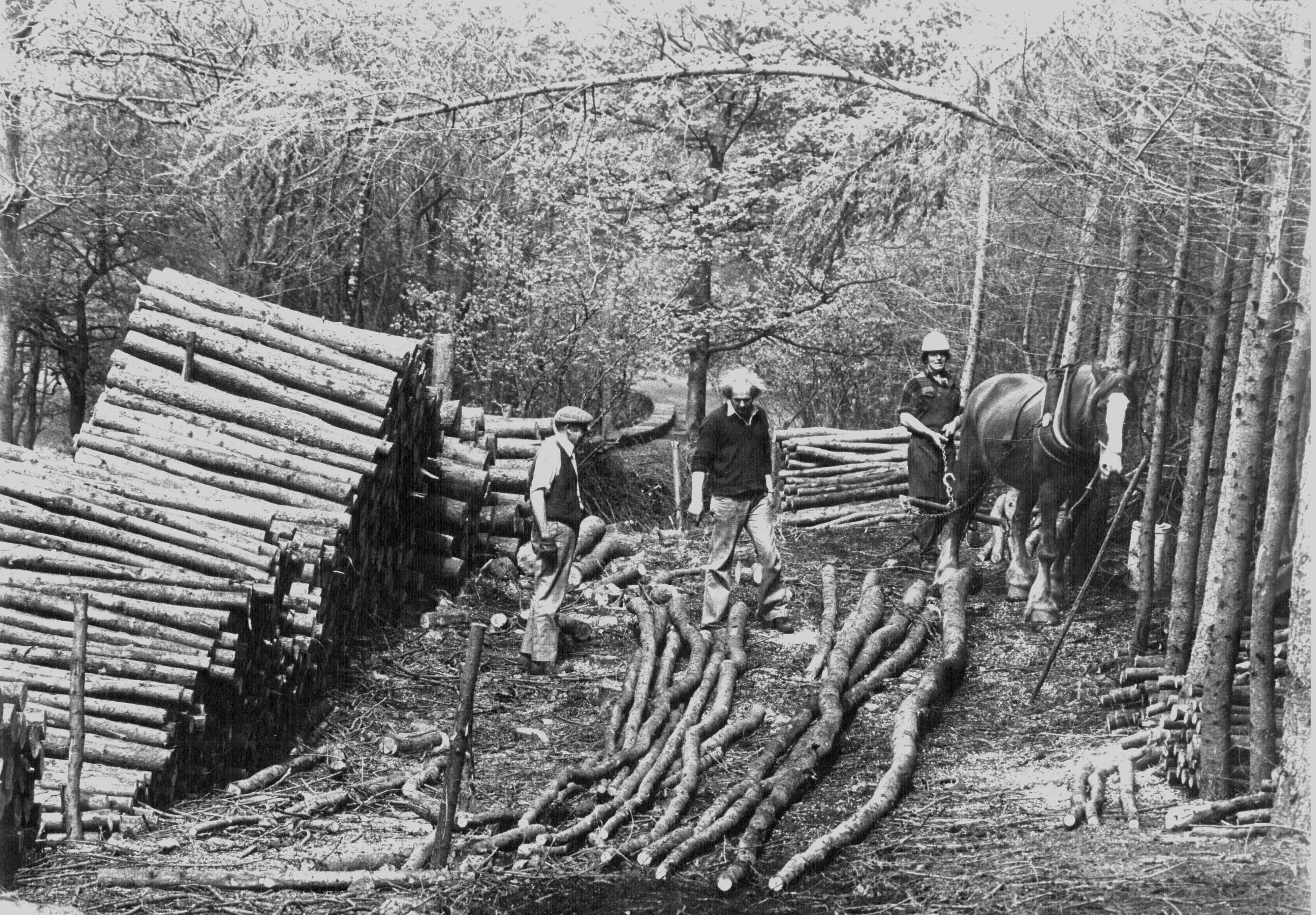