Heavy Duty – Ballads Of The Unfree
When the mode of the music changes, the walls of the city shake. Heavy Duty times call for city-shaking anthems. For his second album- following Willy Ruby (2011), Cumbrian folkie-activist Bill Lloyd assembles an arsenal of ‘banjos, ballads and bagpipes’.

America is the shining city on the hill, the shaper of our dreams, and a presentiment of our worst nightmares. Bill interprets it largely through the idealism and disillusionment of other voices, taking texts from the likes of Steve Earle, Gillian Welch, Bob Amos and particularly Townes Van Zandt, to illuminate the mythic darknesses and wide-open dreams of this new and newer world.

The arrangements are starkly simple, his voice carries the storyteller intimacy of fireside tales sung at Bill’s own monthly Full Moon Club, adapting and shaping, changing ‘words, phrases and place names to make some songs more personal, more local and also more universal’. A reminder. A conscience. When he takes ‘Freedom Come All Ye’ from Dick Gaughan or Dylan’s ‘Chimes Of Freedom’, he reimagines them through his own vision. Unfree testimonies of struggle, hardship, hung-up persons, trailer-trash underdogs, murder ballads and political betrayal.

It certainly has a base in Americana, and he includes, amongst a steam of impressive covers, songs from the pens of John  Hiatt, Tom Russell, and Townes Van Zandt, but Lloyd has far more strings to his bow with elements of folk and Celtic music featuring too.

Leading from the front, Lloyd’s robust and powerful vocals and his driving, frailing banjo take the listener on a journey through the Texan badlands of Tom Russell’s ‘Gallo del Cielo’ and the mythical magical world of ‘The White Hare,’ the song recently reworked by Seth Lakeman, with Lloyd grafting a Transylvanian wedding tune on the end, and to Australia via a sprightly version of Men at Work’s ‘Down Under.’ The great thing about the album is that the influences and styles work perfectly well together, and it all feels absolutely natural.

Amazon Customer Review No 1:  Why on earth Bill Lloyd has never recorded his own music before, I don’t know! His songs are way superior to other versions – it’s not just the singing, it’s the amazing instrumentals that accompany it, making it 3D rather than 2D. My favourites are Northern Rail and The White Hare, I could play them over and over again. (And DO!!) For a real taste of Bill Lloyd, see his music video, Northern Rail, on YouTube. Makes you want to get out there and roam along the roads with him!!
I’m hoping it won’t be too long before another recording is out, meanwhile, I shall just have to wear out my CD.  Buy it, it’s BRILLIANT!

Amazon Customer Review No 2:  This is an amazing album. Everyone in the household has a different favourite track but we all sing along, it’s a complete saviour on long car journeys. Buy it and with any luck Bill Lloyd will produce another one!

This inveterate singer, banjo frailer and record label boss is a veteran producer, having chalked up over 40 albums for other people before finally getting round to recording a CD in his own right – and it bears ample credence to the cliché of it being worth the wait. On Willy Ruby, Bill presents an eclectic bunch of songs and treatments that reflect the spirit of the Fleadh while cheekily poking its head out from under the capacious golf-umbrella of Americana. It’s probably best described in Bill’s own words, as “trailer trash music” – high-energy folk/country/dance crossover that’s “happy, good-time music with strong lyrics and sweet harmonies”. That said, its lightness of idiom conceals the fact of it being intelligently crafted throughout, even though it might at times give the impression of being thrown together with abandon as Bill lets loose in his own studio, playing the majority of the instruments himself (five-string banjo, tenor guitar, whistle, flute, bagpipes and drone box). At first acquaintance, on the proud full-steam-ahead charge of Northern Rail (a cover of a “progressive bluegrass” song by Northern Lights’ Taylor Amerding), a heady everything-but-the-kitchen-sink ambience might appear to dominate proceedings, but the listener is soon won over by Bill’s infectiously energetic vocal delivery and his keenly developed sense of genuine studio creativity, not to mention his unquestioned instrumental expertise.

Songs covered include an interesting selection from the pens of a cross-section of trusty Americana writers; John Hiatt’s laconic Memphis In The Meantime, Townes Van Zandt’s darkly truthful portrait of Kathleen (given a chill-out reggae mood) and Tom Russell’s spicy Gallo Del Cielo (The Mexican Cockfight) are complemented by an aromatic, intriguingly North-Indian-sounding treatment of Nanci Griffith’s Fields Of Summer that pits tabla against bodhrán and tanbur-drenched banjo. Approved Americana aside, there’s a neat juxtaposition of Seth Lakeman’s reworking of The White Hare with a Transylvanian wedding tune, as well as Pat Simmons’ authentically Celtic-tinged reminiscence Moon On The Water (a fine choice for anthemic disc-finale) and covers of Ronnie Lane’s One For The Road and the Men At Work classic Down Under, but it’s all material that Bill clearly has a feel for and treats with respect and affection however uptempo be his desired settings (there’s something distinctly Pogues-like about the breakneck 150 bpm speed at which a number of the songs are taken, and the mood can sometimes seem a touch relentless). Reflecting the almost-accidental chance gatherings that produced the album sessions in Co. Cavan, Ireland, Bill also enlists a small support crew to provide extra musical colours: multi-instrumentalist and sometime touring partner (and studio engineer) Johno Leader (bass and electric guitars, mandolin, synth, bass banjo and percussion), Jacob McCauley (bodhrán) and Hannah Flynn (harmony vocals); otherwise it’s all Bill’s own work, and very proficiently managed too, with as telling an attention to internal detail as to the communication and expression of the lyrics. And as a final touch, the attractive and highly individual original artwork serves as a direct memorial to the late (and intensely talented) Irish painter James Rocco Bartholomew. Willy Ruby is a vibrant release that deserves wide coverage. 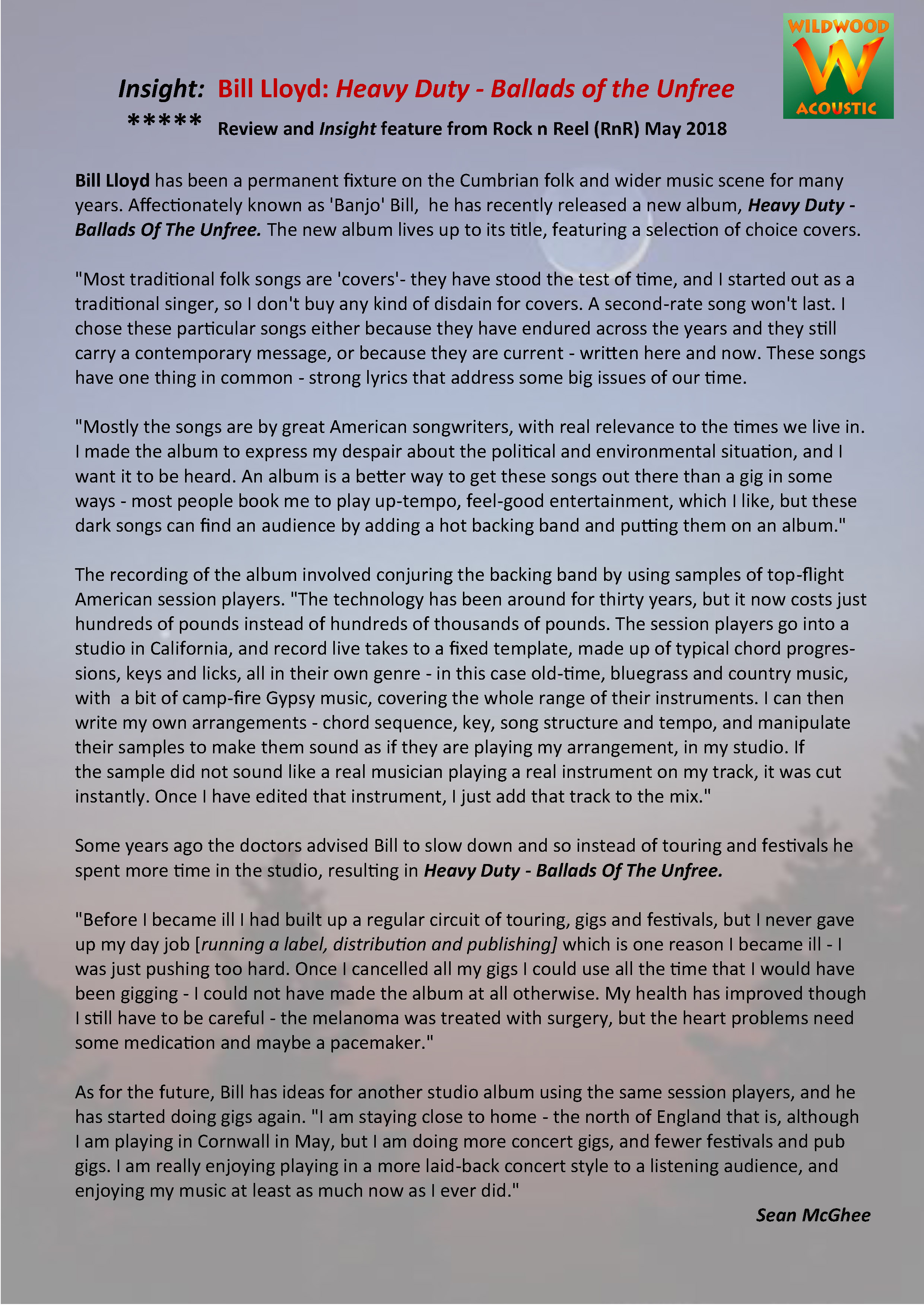 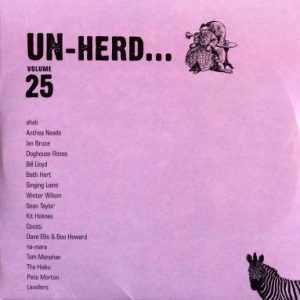